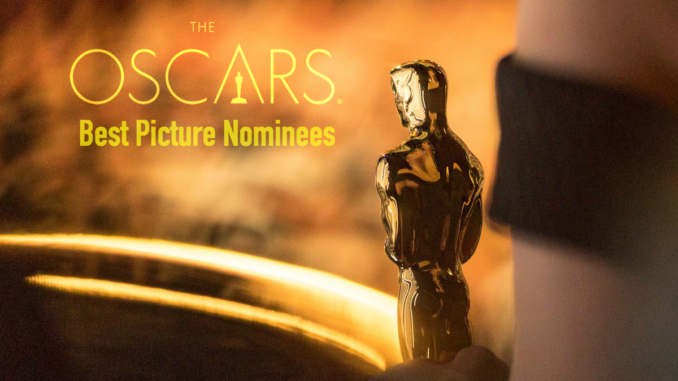 The following are the final five nominations for Best Picture at the Oscars (Continued from part one):

Lady Bird: A coming-of-age comedy and drama film written and directed by Greta Gerwig. It stars Saoirse Ronan and Laurie Metcalf in a story about turbulent relationships during high school. It grossed $48 million on a $10 million budget, proving once again that indie movies can have a huge impact on the mainstream industry. Along with a Best Picture nomination, Lady Bird earned four other nominations including Best Actress and Best Supporting Actress for Ronan and Metcalf’s emotionally charged performances.

Phantom Thread: This is a romantic historical drama directed by Paul Thomas Anderson. It is set in London in the 1950’s and tells the story of Reynolds Woodcock, played by Daniel Day-Lewis. Woodcock is a renowned fashion designer with an obsessive, controlling personality. He often stitches secret messages into the linings of the dresses he makes, signifying his quirky personality and behaviors. Daniel Day-Lewis stated that this film would be his last, so it is only fitting that he ends his career with Paul Thomas Anderson. They collaborated in the 2007 film, There Will Be Blood which was nominated for seven Academy Awards with Daniel Day-Lewis winning Best Actor.

The Post: This film is a historical political drama directed and produced by Steven Spielberg. It stars Meryl Streep as the first female publisher of an American newspaper. Tom Hanks, Sarah Paulson and Bob Odenkirk play supporting roles as journalists at The Washington Post. It has been nominated for Best Picture and Best Actress (Streep).

The Shape of Water: This unique film is classified as a fantasy drama, directed by Guillermo del Toro and written by Vanessa Taylor.  The film stars Michael Shannon, Sally Hawkins and other supporting actors. It is set in 1962 and follows a mute custodian at a high-security government lab. She falls in love with the captured “monster”, and together plan an escape into freedom. It is a mesmerizing film that tells an elegant story in a unique setting. It was nominated for 13 Academy Awards, leading the field in terms of nominations.

Three Billboards Outside Ebbing, Missouri: This is a drama written, produced and directed by Martin McDonagh. It stars Frances McDormand as a mother who rents three billboards in order to draw attention to her daughter’s unsolved murder. Woody Harrelson plays a small town sheriff and Sam Rockwell plays an aggressive man named Dixon.  It grossed $111 million worldwide and is considered an instant classic with its unique screenplay and outstanding performances by McDormand, Rockwell and Harrelson.

Favorite to win out of this group:

The Shape of Water 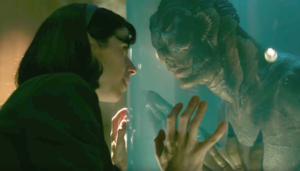