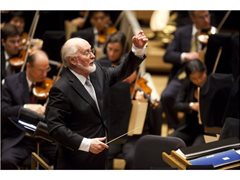 Here are some basic information:
The movie called “7.200.000 Hits” tells the emotional story about 4 young men who share the opinion that in the 21st Century since the internet was born, the “American Dream” has changed. Nowadays, you don’t have to work hard to get rich. While hundreds of young students fall into deep depressions because they don’t find any jobs after going to University for 5 years, more and more young people earn thousands or even millions of dollars with simply uploading videos (how they play videogames or make up) on YouTube. The movie combines the question what this “YouTube-Dream” and its disadvantages like Product Placement does mean to our society, especially to our children with an emotional, very twisted story and an unpredictable, but still satisfying ending.

This is a co-production between several London independent film production companies and German/Russian Filmmakers, but we also plan to get additional funding by crowd-funding.
Our budget is big enough to short it as an short film, but we are preparing a crowd-funding campaign to raise our bugdet to an amount that will allow us to produce this as a feature film.

We are going to submit this film to several (big) film festivals, for example Venice, Berlinale or Sundance.

The movie will also be listed on IMDB.