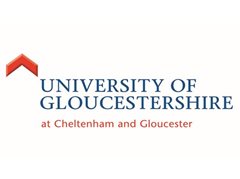 Facebook
Twitter
Google+
Pinterest
WhatsApp
Hello! My name is Henry Crabtree and I’m the producer of the short film ‘A Body in the Woods’ [W/T]. Based at the University of Gloucestershire at the Park Campus in Cheltenham. We are a small group of third years students looking to cast four main actors for our graduate film. Below, you will find a brief synopsis of the film as well as character biographies. We’re currently looking to film between mid and late March, although this may change due to the rather hectic nature of shooting student films! Unfortunately, we will be unable to confirm a formal payment (i.e. minimum wage), and will be covering expenses only, although again, this may also change.

A Body in the Woods is a short film about four teenagers who find themselves drenched in blood, beside a brutalised corpse. Mary is strong willed and intelligent becoming an impromptu leader to the group in their newfound crisis. She is accompanied by Jim; an apathetic youth, Bob; A well kemp, air headed, self-styled charmer and Sue; A conflicted rebellious teen who knows it’s all such a cliché.

What follows are a series of harrowing encounters in which Jim, Bob, Mary & Sue are overwhelmed by an unknown force that urges them to create heinous acts of violence. Over the course of the film, the situations escalate from accidental murder filled intervals to purposeful and deadly violence, culminating in the destruction of not only each other, but their own filmic world.

This film looks at the link between violence and youth, and further – comments on how that link is portrayed in film with satire and exaggerated bloodshed. There is no one main character, with four protagonists that almost completely oppose each other. This film is perfect for actors that want to be involved in a black comedy that analyses some tropes of the classic horror film.

Mary is draped is the personification of a gap year. The kind of youth that would have been called precocious or bossy, Mary has grown into an erudite, faux-mature young lady. Still one for getting her way Mary is strong-willed, affluent & see’s nothing as beyond her grasp. The sequins and symbols on her pashmina shawl that she bought in a tiny village that you’ve probably never heard of in Indonesia may suggest an easy breezy personality, but she is a true wolf in sheep’s clothing.

How do you rebel when everyone expects a rebellion? Sue didn’t know the answer either – and she didn’t care. She’s 70% punk spitfire, 30% self-aware stereotype. Armoured in a ratty, old pair of jeans and obscure band t-shirts Sue half-heartedly rages against the world, more so because she simply feels like she should rather than it being founded in any ideology.

All grey tracksuits and a blank shirt, Jim radiates apathy. Completely unadorned, his unkempt hair often hidden by a hood. Jim is quiet, he is wholeheartedly disinterested, and often mislabelled as calculating because of it. Any observation Jim makes about his world, or his peers, usually makes him laugh – though you could never tell.

Sharply dressed but not the sharpest tool in the shed, Bob looks nice and has a winning smile. Always polite and sometimes charming, Bob won’t let anything get in the way of a good time. His mask of nicety slips however, once you either stop being fun, useful to him, or you aren’t right in front of his face. Don’t mistake this for tact though, his catty tendencies are born out of thoughtlessness. Don’t rely on him in a pinch – but he’s good fun at least.