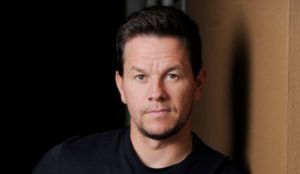 Becoming an actor is a dream for many people.  From performing in school plays when you were a child, to auditioning for the lead role in the high school musical, there were plenty of opportunities to experience what it’s like to put on a show.  But what about when you are out of school and on your own?  Or how do adults start their acting career in their mid thirties or even later?  Is it even possible to become an actor if you’ve have no previous experience?

The simple answer is of course it is possible.  Anything is possible if you want it badly enough.  The longer answer is that it takes plenty of time, dedication, and hard work.  Becoming a successful actor will not come overnight, but if you put the work in you can make a good impression on someone during an audition.

One of the first steps in becoming an actor is to study up on famous actors.  Know your competition, and know what steps successful actors took to get where they are today.  Sure, some actors were born into the business as child actors and made their way to the top, but that is not the case for many.  Did you know Mark Wahlberg came from a lower class Irish family in Boston and didn’t even graduated high school?  On top of that, at the age of 13 Wahlberg developed an addiction to cocaine and other substances.

At the age of 15 he was involved in multiple assault charges and at the age of 20 he went to Suffolk County Deer Island House of Correction with a charge of assault and criminal contempt.  But look where he is now.  He turned his life around by starting in the music industry, becoming a model, and then getting into film.  He was noticed by one person and that skyrocketed his career.  He is a great example of perseverance through difficult circumstances and a great lesson to all aspiring actors and models that no matter what position you are in there is still hope.

Auditions are a great place to work on your skill-set.  The more auditions you attend, the more experience you will gain.  You will mostly likely not earn the lead role in a movie or commercial on your first try, but trying is the key.  Don’t get down on yourself for, some of the biggest stars were denied several times before they finally made it big.  Did you know Steven Spielberg was rejected by the University of Southern California School of Theater, Film and Television three separate times?  He has now won three Oscars, seven Golden Globes and eleven Emmys.  This is just one example of the hundreds of actors that were denied.  Denial is key to building your character and gaining experience so that you can improve.