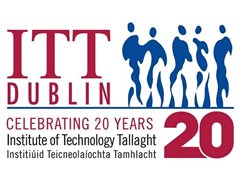 Facebook
Twitter
Google+
Pinterest
WhatsApp
Hello, my name is Liam Lynch and I am the director of the short film, “Where We Last Met”, a project is being created as a part of my team’s Third Year Video Production Module as part of the Creative Digital Media Course at the Institute of Technology Tallaght. The film is a Short-Drama that looks at the fragile relationship between Robbie and his Mother, Brenda, as Robbie’s obsession over a girl named Lindsey results in conflict.

We will be holding auditions for our production on Friday the 4th of March in the Institute of Technology Tallaght (Old Blessington Rd, Dublin 24) from 3PM to 4PM.

We will be shooting on Friday the 18th of March 2016 from 9AM to 5PM. Cast and Crew will meet at the Institute of Technology Tallaght, and will then go to St Maelruain’s Parish Grounds, Tallaght, Old Bridge, Templogue and the Ballyboden area.

Unfortunately this will be an unpaid role but both actors will recieve a copy of the film for their showreel and transport to filming locations will also be provided.