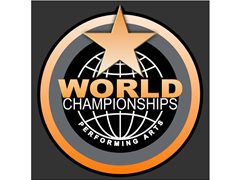 Facebook
Twitter
Google+
Pinterest
WhatsApp
For the 2016 World Championships of Performing Arts competition held from 5 – 18 July 2016 we are giving away one paid entry fee to attend this prestigious competition!
Singers, Dancers, Actors, Models and Instrumentalists between the ages of 5-30+ can apply.
Just like in the Olympics, contestants will compete for the gold, silver and bronze awards in each category as well as industry awards, overall winner trophies and so much more!
At the 2016 World Championships of Performing Arts contestants will have the opportunity to follow bootcamps by famous stars, agents and coaches from the Hollywood Industry. You will also have the opportunity to be discovered by the various producers, agents and talent scouts who will be present at the event.
Apart from that!! THE NEW YORK FILM ACADEMY AND THE NEW YORK CONSERVATORY FOR DRAMATIC ARTS AND FILM will be giving out more than 350 000 USD in scholarships! Millenium Dance Complex (Dance studio to stars like Britney Spears and Lady Gaga) will also be giving out scholarships.
This is not your average talent search event, this is a serious commitment to work hard and compete as a team at the often cited “Olympics for Performing Arts” against 52 other countries from all over the world. You will compete only against competitors in your own age range and gender.
The winner will still be responsible for their own hotel (hotel for the two weeks will be partly sponsored) and flight tickets. The winner’s National uniform will also be sponsored.
The winner will be announced on 12 March 2016! Contestants can come meet us in Winterberg, (Nordrhein-Westfalen) on 12 March.

For more information about the World Championships please visit our website: www.wcopa.com