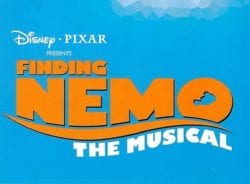 Have you always dreamed of being a Disney actor? Whether you want to sign up to audition to be on the Disney Channel or perform at one of their exquisite theme parks, landing a job for the international company is an incredible opportunity. If you have been searching for how to audition for Disney, there is a new casting call for you! Disney auditions are being held for the live production of Finding Nemo, the Musical. Based on the hit animated movie, this must-“sea” adventure makes a splash with spectacular music and stunning theatrical puppetry. After his son is captured in the Great Barrier Reef and taken to Sydney, a timid clownfish sets out on a journey to bring him home.

Casting directors are looking for male and female actors. They are casting the roles of Nemo, Dory, Bruce, Crush, Marlin and Gill. This is a paid acting job. Performances will take place at the Walt Disney World Resort. The Disney open casting call will be held near Orlando, Florida on Friday, November 16th. If you have always wanted to be in a musical and perform for thousands of people a year, here is your chance. View the 2018 Disney casting call details below!

Disney Parks Live Entertainment is seeking Male and Female musical theatre performers of all ethnicities to portray principal and ensemble roles for Finding Nemo, the Musical, an original musical theatre production based on the Disney – Pixar hit animated feature, performed at the Walt Disney World Resort in Orlando, FL.

Dory – Female. Mid – 20s. A forgetful, yet very optimistic lady fish and Marlin’s companion during this journey. Extremely quirky and an expert with comedic material. Character singer, comfortable flying at heights. Must weigh less than 225 lbs.

Crush – Male. 20s – 30s. Laid back and fun-loving “surfer dude” turtle. Wise old father with the ability to rock. High tenor, must have effortless, sustained, full voice/mix high ‘C’. Vocalists interested in the Crush role should use the following link to download music to be used at the open call: CRUSHMUSIC

Gill: 30’s/40’s. Baritone. Tough talking maverick who comes with a great deal of wisdom and history. A wounded war hero type who carries his scars with him.

Additional ensemble roles, not identified above, will be cast from this open call

***ACCESS TO THE BUILDING WILL NOT BE AVAILABLE UNTIL 9AM. PLEASE DO NOT ARRIVE BERORE 9AM.***

Please click the “My Profile” button at the top of DisneyAuditions.com to create or update your profile before attending the audition.

Applicants must be at least 18 and authorized to work in the United States.

Please prepare the best 16 bars of a musical selection and provide clearly marked sheet music, in the correct key, for the accompanist. Prerecorded accompaniment or a cappella auditions are not allowed.

Callbacks by appointment and are held on November 29 and/or 30, 2018 in Orlando, FL; depending on role(s).
Please note: Actors appear as themselves while at the same time manipulating a puppet of their specific character.
Candidates attending the November 16 audition do not need to attend the November 17 audition.