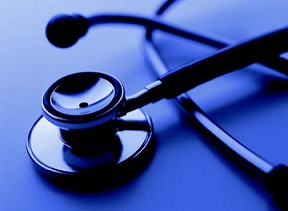 If you would like to be part of the Auditions For Paid Healthcare Video Shoot Casting Call in 2016 please read the info below:

Vittles Films has just put out a new casting call for a healthcare video shoot. Vittles Films is a documentary film company producing character-driven stories about contemporary social issues thru the lens of their most essential provisions. The video shoot is for Farmworker Healthcare.  Most of the roles call for Hispanic or Latino actors who are fluent in Spanish.

The video will be a “soap opera-style educational video to encourage H-2A migrant farmworkers to enroll in a healthcare plan. The video will be a parody of the classic Mexican telenovela Dos Mujeres, Un Camino”.  Seeking a Latino cast, with the exception of the Doctor and possibly the Outreach Worker. Seeking fluent Spanish speakers, with the exception of the Doctor, who only needs to speak intermediate conversational Spanish.

La Tesorito – 25-45 years old, Female, Latina. Her face will be hidden from camera, but being able to do a quality impression of Laura Leon’s character is important. Having long blond hair that can be styled to mimic La Tesorito’s hair is a big plus, but a wig may be necessary.

If you are interested would like to apply for the paid video shoot email mikelbarton@gmail.com with your headshot and resume. The casting director states that all submissions will be considered and given more information about auditioning if they are interested. The first audition will be a video audition. They will have you read a scene that will be self-taped by candidates that you can record with any video device including a smart phone.