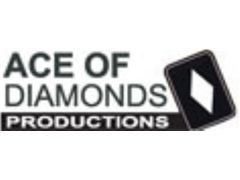 The film is on a micro budget. There is no funding, however a gratuity of $100.00 per day to cover incidental expenses i.e. phone and transport. All other expenses will be covered.