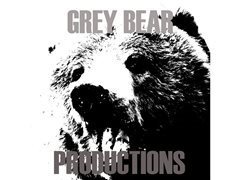 My film company are about to shoot their first short film together and we are in dire need of a baby or toddler for the shoot. The film is part of a series of short films, all showing mental health issues as it seems to still be a topic many will not discuss. This particular film follows Annabelle as she suffers with postnatal depression and postpartum psychosis. Naturally, her daughter Rosie is a main character and one we do not wish to cheat with toys and such.

We are hoping to shoot the middle of next week and some days the week after. The project is unfunded so we unfortunately won’t be able to pay you but this film is getting entered into as many short film festivals as possible before it goes online. We are extremely hard working, passionate about our art and craft, which is why telling these untold stories is truly important to us.

If you are at least interested in allowing us to cast your child as Rosie, then we are more than willing to let you read through the script first. We ideally need two different Rosies: one that is fairly newborn, and one that is roughly one year old. If you feel you can help at all, please get in touch.