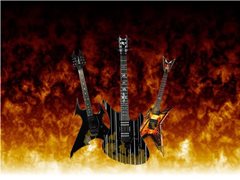 That comment perhaps gives you an idea of the band’s musical style. Whereas we were previously more electronic, having been likened to Ozric Tentacles and The Orb, we have now moved in the direction of progressive/symphonic/rock/metal. As a result, we have made changes to the band’s lineup, and the only missing piece currently is a permanent bass player, male or female. We have already played a few gigs with the new sound, and the reception has been fantastic, so we know that we’re on the right course.

What we require:
Someone who has a real feel for this music, and can give the band total commitment. We don’t need a virtuoso; just a solid reliable player.
You must live within easy travelling distance of NW11. We are very close to our local tube station, and convenient for the major traffic routes: A1, North Circular, etc.
We’re all relaxed, easy-going people who enjoy working together, and we expect someone who can fit in. We don’t want anyone who brings any baggage into the band.

NO alcoholics or druggies.