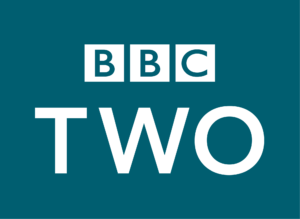 If you are interested in making that bond stronger, then this is your chance to spend some mother-daughter time by acting in one of the best production houses of London. BBC needs real life mother and daughter for a factual entertainment docu-series. The duo should be a resident of Denver, Colorado.

Founded in 1998, BBC Studio Works is an in-house production department of BBC, which is managed by Natalie Humphreys. The department produces factual, events and entertainment, comedy and dramas. BBC Production has made some of the boldest and biggest shows such as:

BBC has produced award-winning programs, which have given them millions of pounds through commercial sales. The network houses 2000 staffs who are based in England, Scotland, Northern Ireland and Scotland. BBC is responsible for giving UK some of the best creative and talented actors.

BBC also provides post production facilities and world class studios to independent production companies and broadcasters. For more than 50 years, BBC has been the home to people’s favourite TV shows. Having the latest technology, BBC has produced many fast turnaround entertainment shows.

The production company needs a teenage daughter and a mother who belong to Colorado. The casting is for minor roles.

Below are more details regarding the casting role:

Mother and daughter must have a special bond between them so that it looks like reality on TV. Payment is $100 per assignment and will be adjusted according to the hours. Further details on payment will be discussed once a mother and daughter are casted for the role.

Send your e-mail at sophia.lightfoot@rumpusmedia.co.uk. When e-mailing your details, mention “BBC Casting Call for Teen Daughter and Mother”.

The email should contain the following details:

Are You a Single Christian Looking for a Christian Partner?