BET’s Being Mary Jane is now casting extras for a restaurant scene in Atlanta, Georgia. 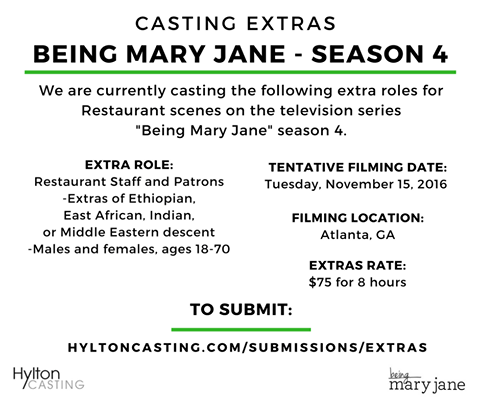 Tired of your boring job?? Join our Firm, Training from Day...