Hylton Casting is now casting models to work on BET’s hit TV series Being Mary Jane season 4. Casting directors are looking for Caucasian female models between the ages of 18 to 30 years old to work on the upcoming episode. According to the casting call, “the model who is cast will be photographed for the role. the still images will be used in the series.” Talents will be compensated $250 for 8 hours. Filming will take place on Friday, November 11th. 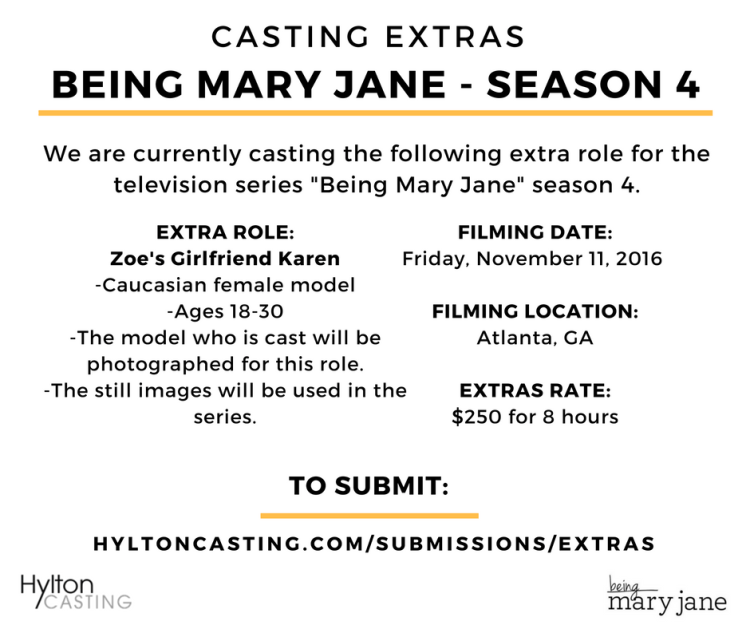