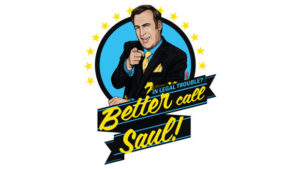 AMC is set to film season three of their Emmy nominated spin-off series, Better Call Saul.  The show is based in the same universe as the historic Breaking Bad series.  It features the quirky lawyer Saul Goodman, played by Bob Odenkirk and his quest for relevance in a messed up city.  He was featured in the later seasons of Breaking Bad, but really was never the star of the show.  Fans of Breaking Bad inquired about Saul Goodman’s back story and how he became who he is.  In response, the creators of Breaking Bad and AMC producers decided to create this show as a prequel.

While many were skeptical due to the history of failed spin-off series’, Better Call Saul has been well received by critics and fans all over the world.  Season One boasted a 97% on Rotten Tomatoes and Season Two ended with a 98% rating out of 100%.

This is a great opportunity for you to participate in the filming of a famous television show on a premier network.  Not only will you be paid, you will work alongside industry professionals that will open new doors for you.  When you work on a set like this, you grow as an actor and a person.  If you make a good impression on a producer they may hire you for their next project.  Apply as soon as possible so that you don’t miss this wonderful chance at fame.  Because of the amount of submissions casting directors are receiving, it is in your best interest to apply as soon as you read this.