Tammy Smith Casting posted on Facebook that she will be releasing the casting call details for the new Black Panther movie.

Tammy Smith Casting posted on Facebook saying, “Heads up everyone- Casting info for “Black Panther” will be released this weekend.”

Production for Black Panther started two years ago and centers around T’Challa aka Black Panther, who premiered in the latest Marvel movie, Captain America: Civil War, which also filmed in Atlanta, Georgia.

In case you didn’t know, Black Panther is “the new ruler of the advanced kingdom of Wakanda must defend his land from being torn apart by enemies from outside and inside country,” according to iMDB. 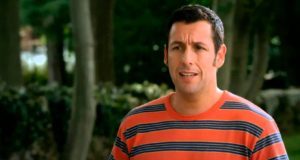