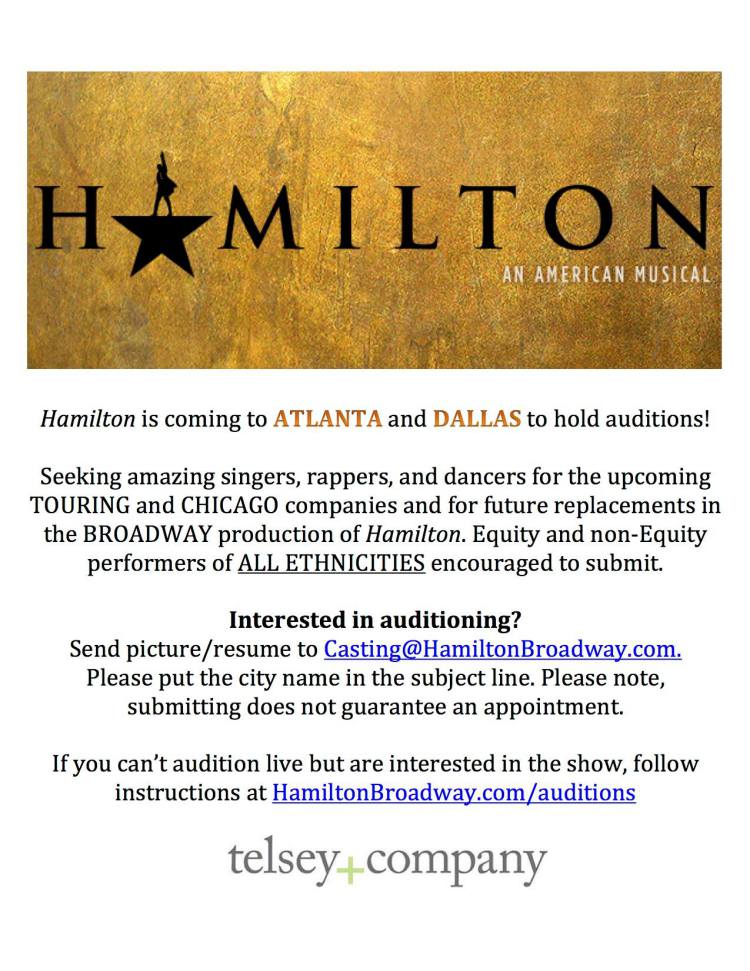 One of the biggest plays to hit Broadway in the last decade is holding an open casting call for actors and singers to appear in Hamilton.

Telsey & Company is seeking Atlanta performers for the current Broadway company and upcoming national tour. Casting directors are looking for amazing singers, rappers, and dancers for the upcoming Touring and Chicago companies and for future replacements in the Broadway production of Hamilton. Equity and non-Equity performers of ALL Ethnicities are encouraged to submit.

Marilyn Stasio, in her review of the Off-Broadway production for Variety, wrote: “The music is exhilarating, but the lyrics are the big surprise. The sense as well as the sound of the sung dialogue has been purposely suited to each character. George Washington, a stately figure in Jackson’s dignified performance, sings in polished prose… But in the end, Miranda’s impassioned narrative of one man’s story becomes the collective narrative of a nation, a nation built by immigrants who occasionally need to be reminded where they came from.”