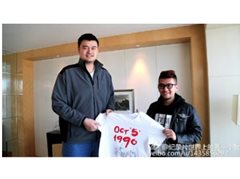 If your stories would like to be heard by 1.3 billion Chinese and international audiences!
YOU are the NEXT ONE!
“Another Me In This World”
If
1)you were born on Oct 5th,1990
2)you have stories to share
3)you are living in Europe now
4) you wanna be recognized by 1.3 billion Chinese people
5) you wanna be the youth idol for those die-hard of “Another me in the world”

Season1
Yang Fan has been to Mongolia,Poland,Russia,Finland,Estonia,Iceland,Belgium and Poland

Europe, we are coming soon !

Yang Fan, one of the most talented documentary directors as well as motorcycle adventurer from China, went on his side car (a kind of motorcycle) through 13,000 miles and 8 countries for over two and half years, finding 23 youths who were born on the exactly SAME DAY as him(October 5th, 1990). Seeking people with the exact same birthday but on totally different destinies, Yang Fan produced a passionate documentary to commemorate his tough experience “on the road” in order to celebrate his youth, as well as lives of youths globally. His documentary “Another Me In The World” has already been broadcasted on CCTV (China Central Television) for over 1.3 billion Chinese audience.