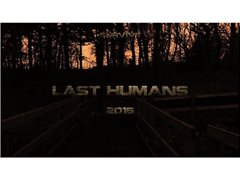 Facebook
Twitter
Google+
Pinterest
WhatsApp
PLEASE READ THIS PLEASE AND THANK YOU:
Film Story: This is a brand new and fantastic new film idea. this story tells the path that Joel and Hannah take in order to survive this new world that they have been placed into. the film will take 7 months after the outbreak and Joel and Hannah have gained a great relationship (as they met after the outbreak) on their journey they will encounter a terrible group known as the Brotherhood a cannibal group who is set out to hunt Joel and Hannah not only that but the dead are also walking around. we are going to a emotional story between two people and showing what must now be done in order to survive the new world.

Filming: we will be filming EVERY Monday, Wednesday and Thursday. The only time we don’t film on either of those days is if the weather is too bad to film in. but apart from that it WILL be every Monday and Wednesday so please make sure you can do that. most of the filming will be done in Cheadle Hulme and maybe some parts may be done around Stockport as well so please can you make sure that you are able to travel. there may also be some extra days of filming as well but we’ll talk about that. this is an unpaid project but you will get full credit for your role and all the footage from the film once it’s done

Release Date and other promotion: we are looking to release the film by the end of the year, hopefully in a special screening for cast, crew and any one else who wants to see it. we will be sending the film of to film festival (around the UK) which most likely be next year, but we’ll try and get it out this year. there will also be a DVD copy that you will get once the project is done with DVD cover and all, we will also let you have a rough copy of the footage so you can use in your show reel as well but again this will be given to you once the project is done and also any poster or promotional images we will send you as well. you will also have this project down as an IMDb credit.

We Thank you for reading all this if your still interested then please apply and we looking forward to meeting and working with those who get through. you can also follow us on twitter to keep up to date with the project of Last Humans / Open Grave: The Prologue, Open Grave and Last Humans. if you have any question please as way.