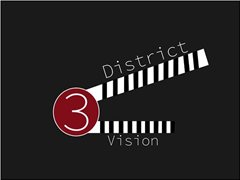 The only requirements we have is to have the ability to be convincing in character and be able to play someone of a screen age of 14 – 16 years old.