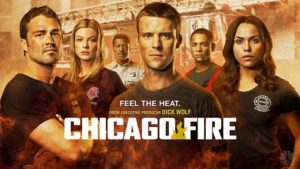 This is a casting requirement for a particular bar scene, which will be included in the Season 5 of “Chicago Fire”.

The directors are looking for men and women that can be used to create a scene at Molly’s Bar. Season 5 is now in the production phase and casting is being done for a role that will be filmed soon.

Chicago Fire is a series that shows the everyday life of firefighters and paramedics inside a firehouse and around Chicago putting out fires. The series is produced by Dick Wolf, who is famous for creating Law and Order show. The series started in 2012 and now its season 5 is being prepared to air on 11 October later this year.

The extras are required for a particular scene in Molly’s Bar. It is presented as a small bar which is also shown in spin off dramas as well. The bar is recreated at Cinespace Chicago Film Studios, although it was originally in Bucktown at Lotties.

The casting company is looking for adult men and women of all ethnicities. You do not need to have any particular experience to qualify. You just have to be available on Thursday, July the 21st.

You can apply for this opportunity by sending a colored photograph which has been taken recently. You will also need to mention your personal information such as your age, contact details as well as height and weight. No entry will be entertained without mentioning your resident city and state as locals of Chicago, Illinois will be preferred.

You also need to clearly mention “Molly’s 2.21” in the subject of the email in order to qualify. Feel free to email right now at xtra5hire@gmail.com and get a chance to appear in this TV series.

Note: Please do not apply if you do not meet all the requirements mentioned above.