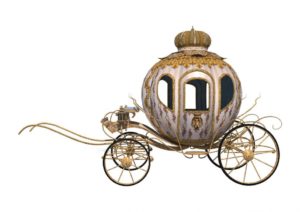 An organization by the name of The Alpha NYC Theater Company is looking to cast young actors and actresses for its upcoming theatre production play.

The show revolves around the classic book of the same name. It is about a girl who is ill-treated by her step mother and sisters. One day, a fairy god mother arrives and grants her wish to attend the ball with the prince.

The character will be seen being nest friends with Cinderella and help her with getting ready for the ball.

The narrator is required to perform onstage narrations about Cinderella to the audience.

The lead actress of the play, Cinderella desired to have a happy family or someone who adores her to the core. She hates cleaning up after her stepmother leaves.

She is the evil step mother that treats Cinderella like a slave. Evil and hateful are two words to describe her character.

She is one of the step sisters who, like her mother hates Cinderella and despises her. She wishes to marry the Prince.

She is another step sister who equally hates Cinderella and despises her. She too wishes to marry the prince.

Father/Mother of the prince and want him to find his true love.

He is the right hand man of the King. He will possess a very serious personality.

For this role the casting department is looking for a bubbly female candidate. She should be on the heavy side. She helps Cinderella to attend the ball with her magic wand. She is the most loved character of the play.

The handsome Prince charming wants to marry the girl of his dreams. He is sophisticated, charming and charismatic. Every girl in the town looks forward to marry him. To find him the perfect girl, his father/mother throws a ball party.