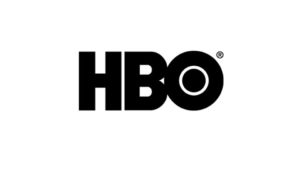 This is casting call for a short film, ‘No Costume No Candy’. It is being directed by one of the finest directors in the industry—Keith Bearden.

Keith Bearden is both a writer and a director. He has worked on several different projects. Not only has he won the Guggenheim Fellowship in film, but he is also known for a wide variety of films including SxSW, Cannes, Tribeca, and Sundance etc. Most of his shows have already been played on HBO, Starz, and PBS nationwide. Keith has also worked as a journalist for Gourmet, Seattle Weekly, and TimeOut.

According to the director, ‘No Costume No Candy’ is a comedy movie. It will be a Halloween themed short film that people will surely love.

There are six roles open for this short film.

Kat is the lead role in No Costume No Candy. It is a female character who is quite an intense and smart. Kat is also very shy at the same time. Applicants for this role should be between the ages of 13-19.

This is another lead role in this movie. Janet is a slightly jaded and sarcastic teenage girl. She is also quite a funny person. Girls between the ages of 12-19 are required for the role of Janet.

Brendon is a supporting role in this film. He is a very popular, handsome, and charming person. Only boys between the ages of 15 and 21 are encouraged to apply.

Kat’s mother is a female lead in the movie. She is very stressed out, and constantly runs away from the fact that her daughter is growing up. Women between the ages of 35 and 55 can apply for this role.

Sandra is a female supporting role in the movie. She is a friendly person who lives in the neighborhood. Women applying for this role should be between 38-80 years of age.

Other Teens and Kids

There are several characters required to play neighbors and schoolmates. All of these roles will get a fair amount of dialogues in the movie. In addition to that, they will also get a very good on-screen time. All of the roles are supporting roles. Applicants should be between 7 to 19 years of age in order to apply.

If you are interested in applying for any of the roles mentioned, just follow this link and continue.