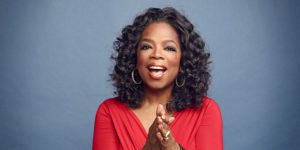 Team HBO has collaborated with Oprah Winfrey for a joint production called “The Immortal Life of Henrietta Lacks”. The project is based on a book (non-fiction) that shares the same name authored by Rebecca Skloot. The project is close to the heart of Oprah Winfrey, who has been dedicatedly working for it along with Alan Bail, the creator of Six Feet Under and True Blood. The actress is not only producing the feature film but is also starring in this project. The feature will be directed by George C Wolfe.

The novel revolves around Henrietta Lacks, who belongs to an African-American ethnicity and is based on the true story behind the immortal cell line. These are called HeLa, which derived from the cervical cancer cells of Lacks’ in 1951. “The Immortal Life of Henrietta Lacks” is a story that is narrated by Deborah Lacks, her daughter, that will be played by Oprah Winfrey herself.

The story will touch various sensitive aspects of the mother-daughter relationship as well as the medical breakthrough during that era that saves thousands of lives and changed medicine forever.

The role requires an old man between the age of 45 and 100. The candidate should be an African-American man with medium to dark skin tone.

The candidate should be available on the working date: 13th September 2016, Tuesday
Subject: Elder 13

The candidate should be an African-American man with medium to dark skin tone and should be between the ages 30 and 100.

The candidate should be available on the working date: 13th September 2016, Tuesday
Subject: Preacher 13

The role calls for identical twin girls – African-American only. The girls should be 2 years old.

The working dates for this role will be: 13th September 2016, Tuesday
Subject: Identical 13

The role requires for a young African-American boy of not more than 3 years old.
Subject: Boy 13

The candidate must have a car of year 2001 or older. All ethnicities are welcome to apply for this. Both male and female candidates can apply for the role.
Subject: Coffee Car

The old man should be between the age of 45 and 100. The candidate should be of African-American ethnicity only. It is best if the candidate also have longer hair.
Working day availability required: 13th September 2016, Tuesday
Subject: Elder 13

To apply for any of the roles mentioned above, please provide the following:

If you are serious about working with us, send us your details at extracastingTM@gmail.com. 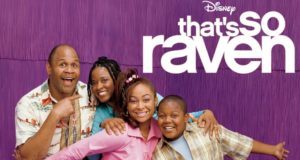