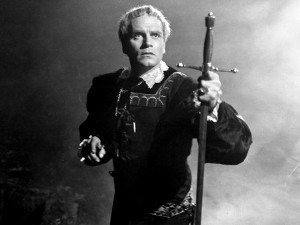 The Shakespeare Ensemble Company is on the lookout for actors in San Diego, CA for its upcoming production – “Hamlet”.  The play is based on William Shakespeare’s legendary “Hamlet”. However, it’s an unusual reconstruction that is going to be very different from the original production. The play is adapted and directed by David Alberts. The play will be performed in Project Space at Horton Plaza. The expected dates of performance are July 15-16 and 22-23. The dates are tentative and may be subject to change.

The Shakespeare Ensemble Company is known for performing edgy and minimalist adaptations of Shakespeare’s original plays. The end product is what people generally refer to as masterpieces. Their upcoming performance is very crucial in allowing them to live their standard and raise the bar even higher.

The following roles are available in the play.

Hamlet is the title character of the play, the Prince of Denmark and the protagonist. He is thirty years old when his father is murdered and his mother remarries. This makes him melancholy, bitter and full of hatred for his uncle’s scheming and disgust for his mother’s sexuality. He is thoughtful – often indecisive and rash – but other times, prone to impulsive acts.

Claudius is the King of Denmark and the play’s antagonist. He is Hamlet’s uncle. The dominant villain, as one might say, he is a calculative, ambitious person who is oft driven by his sexual impulses and lust for power. Although he sometimes demonstrates sincere love for Queen Gertrude, he rarely has any feelings of guilt or remorse for his ruthless actions.

Horatio is Hamlet’s close friend. He studied with Hamlet in the University of Wittenberg. He remains helpful and loyal to Hamlet throughout the play. After Hamlet dies, Horatio lives to tell his story.

Polonius is the Lord Chamberlain of Claudius’s court. He is a haughty, conniving old man. Polonius is also the father of Ophelia and Laertes.

Please note that female roles have been cast already so they are no longer required.

If you are interested in the opportunity to act in this Hamlet reconstruction, please apply fast. The procedure and details of application are as under.

The deadline for submissions is April 1. Interviews and auditions will be conducted individually. There will also be small-group call backs and readings from the play. Rehearsals will begin toward the end of April or start of May. The company is non-equity and actors will be pad a small stipend.