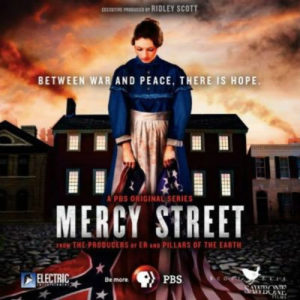 Looking for that one opportunity that will get you an acting gig on TV? If you have been acting since the time you were in primary school and want to hit it big, then this may be the chance of a lifetime for you. PBS is looking for actors for their show Mercy Street. If you think that you have what it takes to act on TV shows, then this can be the perfect place for you. Read on to find out more and apply as soon as possible. Keep in mind though that this casting call is for male actors only who are serious about appearing on TV.

This is an original PBS series that is produced by Ridley Scott. Mercy Street is about what happened after the Civil war in Mansion House Hospital in Union-occupied Alexandria, Virginia. It is not about the battlefield, but about the lives of Americans who were left behind to face some of the most difficult times of the nation. It is set in 1862 and is basically based on two volunteer nurses Mary Phinney and Emma Green. The hospital where they work becomes the one place where people from all the places come to recuperate or find solace from ravages of war.

Directors are looking for male actors who look ravaged, with shaggy hair styles, facial hair and who are not very clean cut. These are going to be the soldiers who will have faced the war and will have been impacted by its brutality. The actors should have flexible work timings, who are non-union men and who are local to the area of Petersburg and Richmond, VA. The men must also be between the ages of 18-35.

All actors will be paid $64/8 hours of shooting. If you think you are the one then apply at MercyStreetExtrasCasting@gmail.com. Be sure to send in 2 photos with personal information like name, age, height, weight, clothing size email address, phone number and city. Only for serious actors.