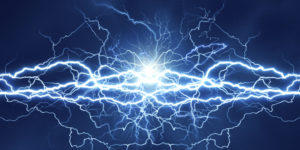 Acting is a dream for many people of all ages. The thought of working alongside talented actors and actors is like the ideal life for many. From extras, it becomes easier to get spotted by directors and get the chance to become a hero or heroine if you are good enough and know how to act. Have you always dreamed of appearing on the big screen? Has it been your aspiration to work in the media but you have never had the chance to hit the world of dramas and shows? If you are into acting and want the chance of a lifetime then get in touch with the casting directors of this feature film as soon as possible. Keep in mind that there are limited spots and if you want to be a part of the film, you will need to apply immediately. Find out more by reading on.

The movie is being produced by Jamisyn Films and Jamisyn will be the director and editor. Name of the film is going to be Lightning Spirit and the casting directors are looking for both male and female actors. They should be between the ages of 18-25 with medium height any build. It would be preferable if the applicants have dark hair. Both the applicants should also be Caucasian. Name of the characters are Alex and Matt. One other character, Jessie is required who needs to be over 18 and can be from any ethnicity.

Rehearsal and production dates will be announced soon. Filming will take place in Utah. Applicants from Coalville, UT and Salt Lake City, UT are encouraged to apply. To apply check out the page here! Make sure you apply as soon as possible before application dates are closed.