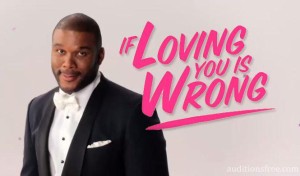 The show, “If Loving You Was Wrong” is a television series aired since 2014 and has captured a large number of people with the drama and the showcase of everyday lives of many couples struggling with their relationships. The soap opera follows the lives of a group of five husbands and wives all on the same street, trying to make their marriages work.

Extras in “If Loving You Is Wrong”

The casting directors require the following actors for the show:

For the ongoing show, there is a requirement of FBI Agents in the episodes to be shot soon and the casting directors are in a hurry to select the interested candidates for the role.

Following are the specifications needed:

Timings of the shoot would be 8am call time

The television series “The Haves and Have Nots” had premiered in 2013 and is one of the most popular shows on OWN. The casting directors require some fresh faces for the upcoming roles for extras in the episodes of the current season to be shot shortly.

The story revolves around three families and the stark difference between them based on their social status, wealth and fame. The show focuses on Harrington and Cryer being the rich and the famous families, powerful in every possible manner. And then there is Young family which is the epitome of ‘Have Nots’ who are in total contrast with all what Harrington and Cryer are.

The story contains the juicy details of their lives, trials and plights which each of them would go through, in a different manner of course. There is infidelity, suicide, cancer, poverty, crime scenes, politics, mental health issues and rape etc.

Extras in ‘The Haves and Have Nots

Following are the roles for which the casting directors of “The Haves and Have Nots” are searching applicants:

Applicants must email to HHNseason4@gmail.com

The shooting would be in Atlanta, only locals may apply.

Apply only if you meet the above given description.

Hurry up and get casted in one of the most popular television shows, who knows this might open doors of a glamorous career for you.

Casting for a Sydney Fringe Play