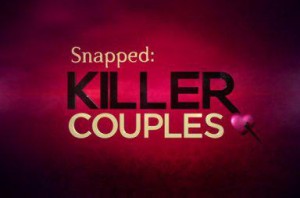 If you would like to be part of the Casting Lead Roles for ‘Snapped: Killer Couples’ Finale Casting Call in 2016 please read the info below:

Casting Call for Actors and Talents to Work on Season Finale of ‘Snapped: Killer Couples’ Filming in Knoxville, Louisiana

About the Show – ‘Snapped: Killer Couples’

The new show on Oxygen, ‘Snapped: Killer Couples’ is a thrilling crime series. It features couples who are very dramatic and eventually attempt terrible criminal acts.

The Casting Team Requires Actors for the Season Finale

The casting team, Jupiter Entertainment Casting, is looking for actors, talents and models who can confidently play the role of private investigators, manicurists, hotel clerks, attorneys and several others in ‘Snapped: Killer Couples’ airing on Oxygen channel. If you have always wanted to work on the television screen, you must not miss this chance.

The team is searching for a female actor who has blonde hair with bangs, with tan complexion, and they should be in their early 30’s. They should also be physically fit. Actors applying for this role need to be professional manicurist. They just have to act like one of them. The selected actors will be required to work on Thursday work, 18th of February, 2016 and Friday, 19th of February, 2016 in Knoxville, Louisiana.

The casting team requires male actors who are in their 60’s or 70’s. They should have white hair and must be clean shaven. Moreover, they should fit or of average physique. The selected actors will be required to on Thursday work, 18th of February, 2016 and Friday, 19th of February, 2016 in Knoxville, Louisiana.

If you are interested in applying for these roles, you must send appropriate photos in proper lighting. They must be professional photos and no selfies. You must not hide your face in the photo wearing hats, sunglasses or anything as the team wants to see your face and overall personality. Send a good picture to impress them. Please confirm your availability for both the shoot dates and film location. The earlier you apply, the greater are the chances of consideration. Good Luck!