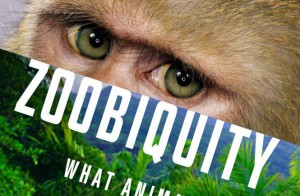 Fox’s new show, ‘Zoobiquity’ is a lighthearted medical drama about a doctor that has teamed up with a veterinarian to come up with breakthroughs using unique procedures that would cross any bounds of the species. The medical procedural drama is based on a bestselling book ‘Zoobiquity: The Astonishing Connection between Human and Animal Health’ written by Dr. Barbara Natterson- Horowitz and Kathryn Bowers.

This book is fascinating because it depicts the medical breakthroughs that would be astonishing to watch because they are so unique and revolutionary.  The show contains an unlikely pair of cardiologists that team up with a vet who is also socially awkward.  Together, they work on complicated procedures, bridging gaps between various species like the world has never seen before.

The main characters put aside their differences and team up. Using their competitiveness in their respective fields, they both would find unique and brilliant solutions despite the tremendous amount of risks that they face.

The casting team has specific set of pets in mind and wants to cast them for the drama. It has to be noted that the casting directors require the following pets for auditions:

All these animals are to be accompanied by their owners who would be cast as well, for the non speaking role in the drama. If you think you have the perfect pet to be cast for a new show and want to be a part of acting, apply now.

The show ‘Zoobiquity’ will be filming in Chicago and only locals are required to apply for the auditions.

The dates of the shoot would range from March 21st to April 04th 2016.  The filming will be one day and the final date will be communicated to the cast when it draws near.

The Rates of the shooting are:

For Non- Speaking Extra Role of A Person With Cat

The extra required for the non speaking role of the person that owns a cat would have to comply with certain requirements.  The age range for the cast is between 21 to 65 years of age and the extra can be male or female.

The Great Dane is a large breed, but a domestic dog and the pet owners who wish to be cast for the non speaking role of the Great Dane owner must make sure their animal is comfortable around strangers and other animals such as cats and parrots.

For Non- Speaking Extra Role of A Person with A Parrot

For the non speaking roles of the parrot owners the age group is the same of all the others, which is 21 to 65 years of age with command and control over the pet so to ensure a smooth filming experience.  The parrot must be comfortable working with other pets such as cats and dogs.

How To Apply For Auditions

Also keep the following important points in consideration when sending an email:

The chosen applicants would be contacted shortly for the auditions along with their animals!