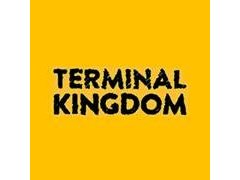 The role is dense, complex and fantastic with a lot of range. You’re in 80% of the script. I won’t say too much, but you play an android without a face, and a human with a face, all in the same story.

One caveat though…you must be available for filming for 30 or so days, which will be spread out sporadically over a two year period. This is how we’ve been getting this production shot, bit by bit, scene by scene. All on weekends. We have actors who are okay with this, and you will need to be one of them to fit in with what we’re doing.

Listen to your gut here. If you feel like you won’t be able to commit – this role isn’t for you.
We’re looking for someone who will fight to make sure they’re available for this.

The aim is to get this shown at Sundance and other such festivals etc.

If this film gets picked up for distribution, you are entitled to 12.5% of the money paid by the third party who buys this film.

Lukas. A faceless android male, who is trapped inside a body that barely holds a candle to his original, human one.

Males, aged 30 to 50 from Victoria, Australia