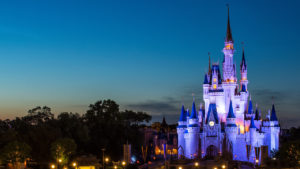 Disney is now casting nationwide for young actors to play various roles in a movie.  The upcoming feature film will be distributed by Disney Studios Motion Pictures.  They need actors to fill speaking roles and extra roles.

This winter Disney Studios will begin filming its new feature – Magic Camp. The shooting will commence in October 2016 and the location for this project will be Los Angeles. The film requires various characters played by children and teens.

Casting Women in SoCal / Los Angeles Willing to Dye Their...