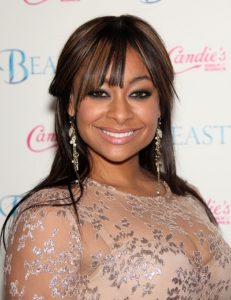 Casting directors need various types of actors for roles in the sequel to, That’s So Raven. Auditions will be held in Atlanta. Talents must be willing to work intently with directors and other actors so that the scene will work fluidly.

The show is a reboot of the popular Disney show, That’s So Raven that aired on Disney from 2003 to 2007.  The show starred Raven-Symoné and was set in San Fransisco.  Raven had physic powers and she used them to get in and out of amusing adolescent situations.  The show was not only funny, but original.

The new show follows the two teen children of Raven.  One of her kids has inherited Raven’s ability to see glimpses of the future, and together they help each other deal with the pros and cons of their unique talent.

Disney is known for their long-lasting franchises and heart-warming stories.  From Beauty and the Beast to Frozen, Disney has been creating masterpieces since the beginning of animation and film.  In television, Disney dominated the industry with dozens of shows and TV movies.  This is an amazing opportunity for you to star in a Disney Original show.  Putting Disney on your resume will help you increase your chances for future roles.  You will gain valuable experience and meet plenty of industry professionals that want to see you succeed.