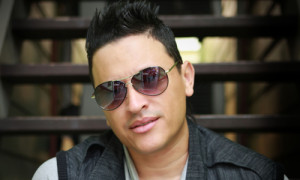 If you would like to be part of the Elvis Crespo Music Video Shoot Casting Call Casting Call in 2016 please read the info below:

There is a new casting for an Elvis Crespo music video shoot.  It is for the song Sweet 16.  The shoot is set to take place on March 16th.  Miami Talent Casting is looking to fill several roles including the role of a father, mother, sweet 16 girl, boyfriend and female friends.  The video is shooting in the Miami area.  Casting directors are looking for Hispanic talent to fill the roles.

According to his website, “Elvis Crespo is the only Latin artist whose music has been literally played even on the moon, and has positioned a tropical genre song in the charts longer than any other. The Spanish National Football (Soccer) team celebrated the 2010 World Championship chanting one of his songs, and even President Barack Obama got into his groove at the Hispanic Congressional Caucus Awards in Washington D.C.  “Suavemente”, his most emblematic song, has been played from the neighborhoods in Egypt, to concerts in Australia, and was the only song in Spanish chosen by the astronauts in the 2006 Discovery mission. This is because Elvis Crespo quickly went from just another meringue artist, to becoming the king of meringue and meringue-fusion.”