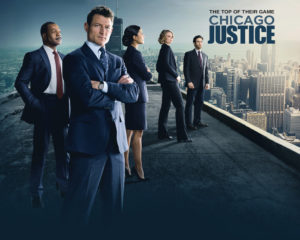 Casting directors need men and women for a new scene on November 10th in Chicago.  Chicago Justice is currently filming its debut season set to premiere in early 2017.  They are looking for Hispanic men and women ages 18 to 30 to play “tough” characters in an upcoming episode. There will be a courtroom scene and several other exciting scenes for you to participate in.

This will involve a wardrobe fitting on November 21st. If you can work on the 14th and can attend a fitting on Friday send a recent color photograph with your height, weight, age, phone number, city and state.