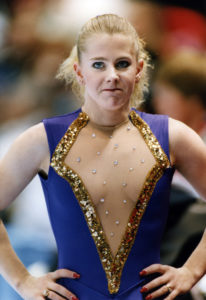 As an extra, you will be featured in the crowd during a figure skating competition.  Featured extras will appear as journalists during press conferences and police officers on the scene of a crime.  Some of these roles will even have small speaking lines.

This is a great opportunity to act in a featured movie with famous actors and actresses like Margot Robbie.  You will meet industry professionals that know what it takes to be successful.  You might even make a great impression on a director or fellow actor and find yourself landing another job after this one!