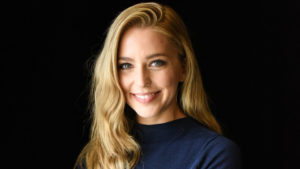 A new movie called, Half to Death is now casting extras to work.  It films in December in Denver, Colorado. Casting directors are looking for various extras to help film out several vital scenes.  Most of the extras will simply be background characters, but a few will have small speaking roles.  This is for a frat party scene.

Half to Death is about a woman trapped in a horrible cycle of life and death.  She is murdered, but able to appear as a ghost for a certain amount of time until she figures out who killed her.  Her time is running out to figure out how she died so that the person can be convicted and she can rest in peace.  It is a very unique movie expected to do great at the box office.  The movie stars Jessica Rothe and is directed by Christopher Landon. It is from the creators of Insidious, Paranormal Activity, The Purge.

Include: Name, Height/Weight, Contact #, City of Residency, clear and current photo. No hats, sunglasses, pictures where we can’t see your entire face. Must be current.