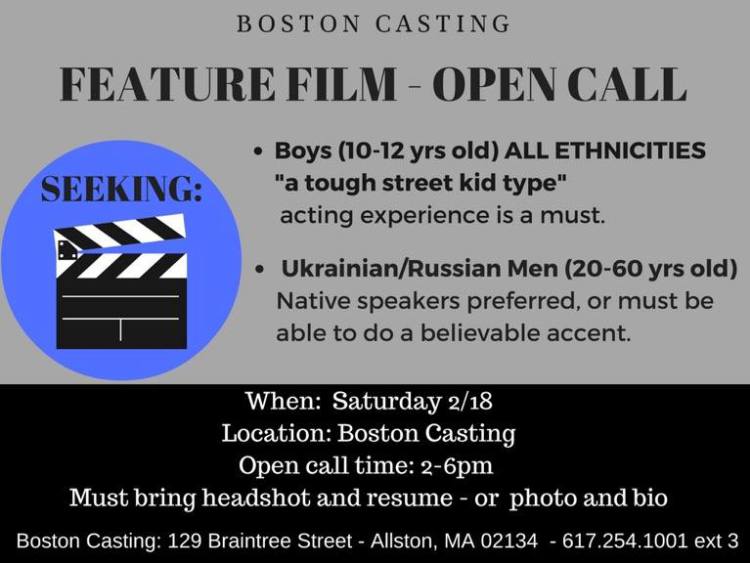 Looking for your next audition?

Boston Casting is now casting principal roles for an upcoming feature film set to film in Boston, Massachusetts. Casting directors are looking for actors to audition for speaking roles on the production. Details surrounding the production have not been released.