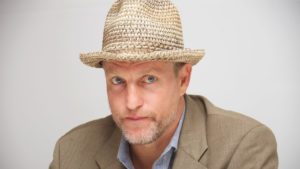 A new Tommy Lee Jones movie is casting for various roles in New Orleans, Louisiana.  The casting directors are looking for actors and other talent to play journalists during a press conference.  The casting directors are looking for people that can provide their own business attire to make the set seam as realistic as possible.  Filming will take place on Friday, October 21st in New Orleans.

The movie is about a group of journalists covering George Bush’s planned invasion of Iraq in 2003.  They are skeptical of the president’s claim that Saddam Hussein has “weapons of mass destruction.”  The movie features Milla Jovovich, Jessica Biel, Tommy Lee Jones and Woody Harrelson.

JOURNALISTS – Currently casting 20’s-60’s looking males and females, 18 years old or older, to portray newsroom journalists. Must have business attire. Must not have worked the show before

This is a tremendous opportunity to participate in a movie that Tommy Lee Jones and Woody Harrelson are apart of.  Not only will you be paid for your role in this feature film, but you will gain valuable experience.  You will also meet industry professionals that can open several new doors for you in the future.