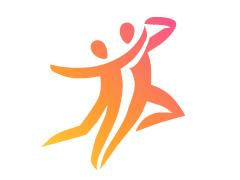 Facebook
Twitter
Google+
Pinterest
WhatsApp
This is a short film project focused around a dancer who has gone through a traumatic time with the death of her parents which drove her away from dance. The film focuses on her recovery from the situation and her slowly getting back into dance. This film will be entered into film festivals during the summer. It’s a second year student project from Greenwich University. Looking for a dancer to play Sarah WHO CAN ALSO ACT, A Male to play the role of James and a Female to play the role of Helena.

Auditions and filming will be held in the Greenwich area apart from the dance scene of the film which will be filmed at Capital City Academy, Doyle Gardens, NW10 3ST. Filming dates are the 4th and 5th of March and one more to be confirmed but will be around the same time,we will email you when this has be finalised. Need to be available for all filming dates.

The film is based around the day of a talented dancer, Sarah, and shows her everyday struggles of wanting to be in the dance industry. Sarah was a passionate dancer, until the sudden death of her parents unmotivated her to continue her desired career in ballet. A year after the death and with the help of her best friend and flat-mate Helena, 20 year old Sarah has now got herself a job at a bar and continued on with life, until one day she meets James, a new worker at the bar, they begin to build a friendship. The three get talking one day and once he discovers Sarah is an ex ballet dancer, he points over to a poster about a dancing competition and slowly helps her back on track into her dancing. The film will show the struggles of loss and death, whilst also showing how difficult it is to get into dance jobs in the real world.

Sarah, young female- 20 years old.
Political Views: Left wing
Very friendly, upbeat. However sense of sadness about her.
Used to dance now studies at school but also work at a bar in London to earn money.
Recovering from the tragic loss of her parents.
Meets a guy called James at work who helps her turn her life around.