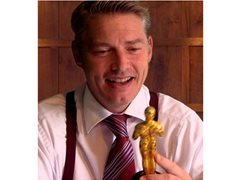 This latest sketch centres around an over zealous group of Middle Class Neighbours and their Neighbourhood watch scheme.

IF you have previously applied and I contacted you saying you are shortlisted – this still remains.

Alison is very prim, proper, snooty, and authoritative. You wouldn’t wish to cross her. Definitely shops at Waitrose.

Females, aged 38 to 52 from Kingston upon Thames, United Kingdom

Gets off the on the limited (non existent) power he thinks his neighbourhood watch coordinator status gives him.
Likes Golf, book clubs, and the club house they have at Golf. Probably more than the sport itself.

Males, aged 35 to 44 from Kingston upon Thames, United Kingdom

Burglar Bob. A very stereotypically dressed burglar. Facemask, all in black, with a sack over his shoulders. Strangely enough, not part of TNHW.
Dodgy, greasy, cor blimey. Probably won’t hurt you, but will nick your telly.

Only has one speaking line, but there is more screentime than this.

Males, aged 25 to 50 from Kingston upon Thames, United Kingdom