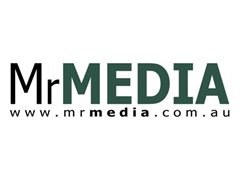 Facebook
Twitter
Google+
Pinterest
WhatsApp
This is a call for assistance on a community project for a NPO [non profit organisation]. The Organisation promotes initiatives against domestic violence in the sub continental communities. On Thursday 25th February, there is a special key launch of one of the projects at Parliament house.

We require the assistance of reasonably experienced camera operators and field sound guys with mixing desk and recording knowledge. You dont need to bring your own equipment and all equipment is provided. As there is much to cover there will be multiple cameras operational.

Some of the camera instances are:

1. fixed on tripod: zoom in, out, pan focus, cross focus shift between layers of people in rows, capture human responses
2. on a moving dolly: carrying our rolling crowd shots on the dolly, and operation of a wide angle lens
3. steadicam rig: use of steadicam to move and capture movement of key individuals during various times
4. ronin rig: use of the 3 axis ronin mounted camera to carry out dynamic shots, low angle shots and also movement around key individuals.
5. Sound Capture: to assist with the capture of sound and recording for the camera tracks, running a feed off the existing PA system, and also PA system setup. The sound desk has a feed out that goes to a H6 recorder.
6. Still photos: various lens [70-200mm, 24-70 etc] capturing candid shots, set up group shots, crowd shots and such.

So if you have experience in any of the above please do drop a line. But please note: it requires committment to the day, without last minute cancellations, as it is not possible to have too many operators at the event.

ABOUT THE ORGANISATION AND BACKGROUND:
Domestic Violence is a serious issue in the community. In certain communities it is greater and gets very severe due to certain cultural backgrounds. The launch is to promote a series of theatre workshops, that allow individuals from a community to carry out role plays, and do exercises, that break down thinking and facilitate change in expression. In most cases members of the public also come and observe and not necessarily partake in drama or theatre roles also. Thus the work is hands on and significantly monumental in creating change and not just talking about it. The ACHRH organisation that heads this up has been going for 2 years now and made monumental progress. Now the ACHRH aims to embark on more media and short film creation activities. One of the aims is to present to source turn key funding.

ABOUT THE LAUNCH:
The launch is limited to 60 people, that are key people in various organisations. There will be 8 key M.P’s in attendance. There will be 14 speakers over the course of 60 mins. There will also be video interviews being shot with presenters asking participants questions after the event during the meet and mingle.

REMUNERATION:
The role is unpiad, but most likely from funding recieved for the project, and the future creation of media projects, there will be reasonably paid roles for assistance in future filming of short movies on DV, and more. Its also a good way to work with others in the industry on meaningful projects, which have a focus on positive community outcomes. Just a little time during operations is all that is required.

Your input and assistance is greatly appreciated.