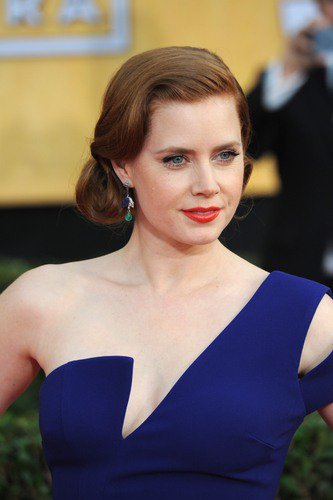 HBO’s new drama series Sharp Objects is holding an open casting call, according to reports. Based on the book by the 2006 best-selling author Gillian Flynn, Sharp Objects features award-winning actress Amy Adams. The novel focuses on Camille Preaker (Adams) who recently left a psychiatric hospital and is forced to return to her hometown to cover the murders of two preteen girls. Camille gets caught up in herself, the neighborhood, and the serial killer lurking in the city. The book was a New York Times bestseller. Also set to star are Patricia Clarkson, Chris Messina, and Elizabeth Perkins.  “Sharp Objects” does not have a premiere date yet, but it is expected to arrive sometime in 2018.

Casting directors will be holding an open casting seeking men, women, and children of all types, ethnicities, shapes and sizes to work as paid background actors. Children older than 6 are also encouraged to go to the open casting call. Filming has already begun and they are seeking lots of people to hire to work scenes that will shoot in Northern California, Redwood Valley area during the month of May.

Please bring with you a recent color 3×5 photo of yourself, proper identification and a pen or pencil to fill out the application. 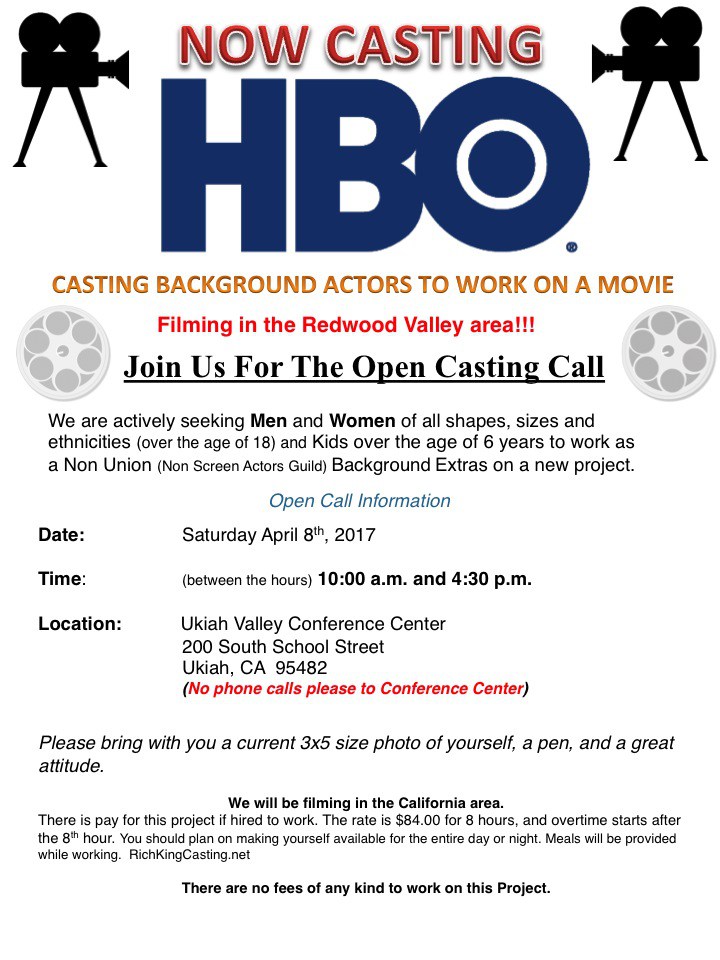 A reporter confronts the psychological demons from her past when she returns to her hometown to cover a violent murder. Amy Adams, Eliza Scanlen, and Taylor John Smith star in the new HBO series.