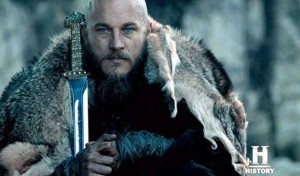 About the History Channel’s Series – ‘Vikings’

According to the Hollywood Reporter, the History Channel’s famous TV show, ‘Vikings’ is coming back with at least three new characters. This time, the show will feature double episodes along with new cast members. Peter Franzen will play King Harald Finehair.  He is a threat to Ragnar (Travis Fimmel) and known to be a fierce Scandinavian warrior. There is another Finnish actor named, Jasper Paakkonen, who is playing the role of his brother, Halfdan the Black.

The third member in the cast is Yidu. Dianne Doan plays the lead role of Yidu.  Harbard the wanderer was briefly introduced in the season 3 of ‘Vikings’. The character will now return in season 4 to stir things up. Season 4 of ‘Vikings’ will fast forward to where Bjorn (Alexander Ludwig), Ragnar’s son will come into his own and become a man.

Casting Team is in Search of Background Extras

The official casting team and producers are looking for locals and individuals who are willing to work as extras. Season 4 of ‘Vikings’ is now under production and will be premier on Thursday, February 18th, 2016. Actors who live in the Wicklow area and are willing to work on the upcoming season must apply for the role of background extras ASAP.

Individuals that have flexible schedules are encouraged to apply. The casting team is in search of actors who are passionate about film and television. The team requires actors of any shape, size, age or ethnicity. But they must be eligible to work.

The show will premier on Thursday, February 18th, 2016 on History Channel. Please make sure that you submit all your details beforehand to get selected. If you have any questions, feel free to contact the team at vikingextras@gmail.com.