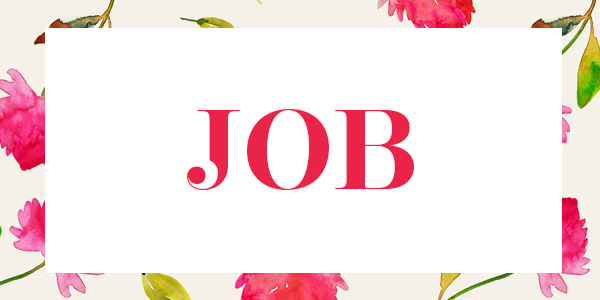 OTHER
Either one or both of the following will be in attendance at the EPA:
Producing Artistic Director: Patrick Mulcahy Associate Artistic Director: Dennis Razze
An Equity Monitor will not be provided. The producer will run all aspects of this audition.
Equity’s contracts prohibit discrimination. Equity is committed to diversity and encourages all its employers to engage in a policy of equal employment opportunity designed to promote a positive model of inclusion. As such, Equity encourages performers of all ethnicities, gender identities, and ages, as well as performers with disabilities, to attend every audition.

Female. Character ages from 18 to 33. Actress must be able to project both a toughness and charisma. She is beautiful, ambitious and rises to become the spiritual leader of Argentina by the age of 26. With few other options, she uses sexuality to build power. Must be a trained vocalist with strong vocal stamina and excellent control. A legit Mezzo with a clear, strong mix that can belt to a high G and sing to a low E (below middle C). Requires a passionate, strong actor who moves well.

Male, 20-35. Dashing, impulsive, jealous, and manipulative. A political activist and the narrator of the show. A radical who asks tough questions and demands answers. An actor/singer that must move very well with a high, rock tenor voice that can sing a low A to high B, falsetto to high F.

Dignified, charming, and authoritative. A strong actor and singer who can play character/leading man. Vocal bass/baritone to high F.

Female, 18-23. Beautiful, fragile, vulnerable, innocent young girl who plays Juan Peron’s teenaged Mistress. She is “dismissed” out of Peron’s life by his future wife, Eva. The Mistress ponders the rejection during her song, Also in the ensemble. Must be able to move well and sing a low A to a high E.

Male, 30 – 40. A tango singer with whom Eva has her first love affair. A charming loser – never quite made it. With the first number in the show, he sets up the world in which Eva exists and establishes a Latin flavor. Also ensemble. Latin , larger than life, but real at the same time. Sings high tenor High G.

Age 20-28, excellent soprano with high belt, dance skills a plus

THE HOUND OF THE BASKERVILLES

comedic actor, who can play a wide variety of roles and voices.

(Lead): Male, 30-50 any ethnicity. The consummate faithful companion, narrator of the story. A little bit slow on the take but earnest, and well-meaning. Seeking strong comic sidekick character actor. Some doubling.

(Lead): Male, 20-35 any ethnicity. The inheritor of Baskerville Hall. Also plays his uncle Sir Charles, Dr. Mortimer, a Cabbie, and several yokels. Seeking young comedic actor, who can play a wide variety of roles and voices.

40’s- A Nobleman with a secret, hiding in the ranks of the Musketeers. Strong, athletic. Sword fighting/stage combat expertise a must.

30’s – Intellectual, philosophical, pious. The life of adventure conflicting with the calling of the Lord. Sword fighting/stage combat expertise a must. Musical instrument a must.

late 40’s – Sir Toby Belch and Falstaff had a baby. Comic, loud, brassy, heart of gold. Fiercely loyal to the ones he loves, a demon from hell to his enemies. Sword fighting/stage combat expertise a must.

late 40’s early 50’s – Grizzled, Hard boiled, seen it all, heart of gold. The leader of the Musketeers. Athletic. Sword fighting/stage combat expertise a must.

Late 20’s early 30’s – An opportunistic snake in the grass. In the employ of the Cardinal. Sword fighting/stage combat expertise a must.

late 30’s – 50’s – Danny Kaye funny. Great mime skills. Total fop with an air of self importance. He is easily led by the Cardinal or is he? Stage Combat a plus.

late 20’s to mid 30’s – Angelic, classical beauty. Conflicted between the song in her heart and her duties as the Queen of France. Sword fighting and Stage Combat a must

40’s – 50’s- Reptilian, calculating, uber-intelligent, smooth and ruthless. He simply thinks he is the King. Runs a complex network of nefarious intrigues and spies to secure his power in France.

All roles may double (within this play and track in rep into As You Like It), sword fight, dance, sing, play musical instruments, perform mime and stage combat, and be comfortable with heights.

Musical ability a plus for this production for all roles. All roles may track in rep into The Three Musketeers.

20’s- mid 30’s. A spirited and witty woman. Brave, Edgy and Strong, as well as a true romantic. She seeks to find her place in the world and she desires her world to be filled with love and virtue.

50+. Senior: The rightful duke, banished from court after being deposed by his usurping brother. A kind, generous, and forgiving man, living and enjoying his life despite his misfortunes. Frederick: Duke Senior’s usurping brother. Impulsive and vengeful. A powerful presence.

40+. A lord attending on Duke Senior, whom he loyally followed into the forest after his banishment. A man who delights in his melancholy. Contemplative, articulate, witty.

30’s-40+. A clown. Exceedingly bright. Vacillates between appearing incredibly simple, and having a faster tongue and mind than most of the people around him. Sports some airs of sophistication, and swears to have once been a courtier.

20s – early 30s. Daughter to Duke Frederick. Cousin to Rosalind; they were raised together, and have a bond as close as sisters. Sweetly funny and endearing, she is able to keep pace with Rosalind in the arenas of intelligence, wit and spirit.

20s – early 30s. A young man still defining his relationship with manhood and independence. Innocent and at times a bit hapless—though still intelligent enough to verbally spar with Rosalind, and to hold his own against her razor-sharp wit.

30s. Orlando’s older brother. Threatened by his younger brother, he abuses his power by denying Orlando his rights. Begins the play selfish and power-hungry, but a single act of great generosity on his brother’s part teaches him humility and compassion, and allows him to open himself up to love.

20s – early 30s. A shepherd. Good-natured. Madly in love with Phebe, who is not particularly interested in him, but he is impossible to dissuade; he’ll do anything for her love, no matter how extreme. Love is everything to him.

20s – early 30s. A shepherdess. Direct, energetic and single-minded, she goes after what she wants —even though she only wants what she can’t have.

50+. Corin: A country shepherd. Good-natured and world-wise, although his education comes from nature as opposed to conventional schooling. A natural philosopher who is content living outside of the

court./Le Beau: A courtier attending on Duke Frederick, but not entirely sympathetic to his bad behavior. Refined and in-the-know about all of the “goings-on” in court.

30s. A country woman. Saucy and bawdy, she strikes a strong contrast to the refined ladies from the court.

60+. The aging former servant of Sir Rowland de Boys, now loyal servant to Orlando. Strong of heart, but physically frail. The model of honesty and loyalty.

20’s-40s. A lord attending on Duke Senior. Actor in this role must be a STRONG SINGER, comfortable with solo singing. Like the Duke, Amiens tries to stay merry in his new-found home in the forest, entertaining those around him with song. Particularly interested in actors who can accompany themselves on guitar, banjo, or the like.

30-40. A wrestler at the court. The unbeatable champion, at the top of his game. A strong and imposing mountain of a man. Fight experience a must.

20s – young warrior, son of Priam. Lovesick, charming, a bit awkward. Falls in love with Cressida, but when betrayed by her he turns bitter and vengeful.

20s – Beautiful Trojan woman. Daughter to Calchas. A tactician of necessity, given the circumstances. Beloved by Troilus, she pledges her fidelity but seems to prove false.

60s – an elderly sage, the oldest of the Greek commanders.

30s – The greatest of the Greek warriors. Very proud. In love with Patrocles.

20s – early 30s. Charged with escorting Cressida to the Greek camp, he falls for her.

MUSKETEERS (by Ken Ludwig), AS YOU LIKE IT or TROILUS & CRESSIDA. IMPORTANT: If singing, please note that the accompanist will only be provided between 9:30am and 1pm. Bring sheet music. Bring picture and resume