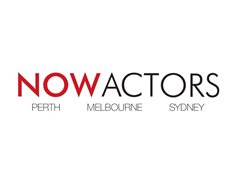 They have just announced they are looking for experienced theatre and film luminaries but also many rising young adult and teen stars to join their books in Sydney.

Now Actors have placed their talent in some of Australia’s best loved Television shows including Offspring, House Husbands, Underbelly and Neighbours, alongside regular placements in Feature Films, TVC’s and more.

Don’t miss your chance to be seen by this agency – apply now!

Please only apply if:

· You do not currently have an agent or are looking for a new agent
· You have a showreel
· You have professional head shots
· You have undertaken a BA in performing arts, or, extensive short course training (Full time courses).
· You have a Showcast and Casting Networks profile

Any gender, aged 23 to 65 from New South Wales, Australia