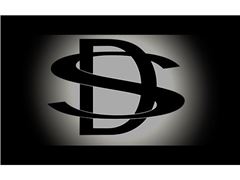 We are looking for a Male Supporting Role for our film MYTHICAL FALCON. The film itself is a short and will be approximately ten minutes long. Mythical Falcon is a Chamber (Set in one room) comedy with surrealist qualities reflected in the visuals. The film will have a cast of three and revolves around a comic interrogation of a drug addict. All other roles are cast and this is the last one.

More will be revealed to successful applicants before the audition process.

We pay expenses only up to £10 a day. We provide food and refreshments.

After shooting you get to keep your rushes.

Agent Duvalle is a experienced officer who is deadly serious about getting the job done professionally and quickly. We are looking for someone who is comfortable with acting through expression and reacting to dialogue in character. He is not a hard man, he is the brains. Think Hank Schrader from HBO’s Breaking Bad but a little toned down.

Please NOTE: semi-nudity is required. There will be a cutaway where both the agents will have to be sat in their underwear.