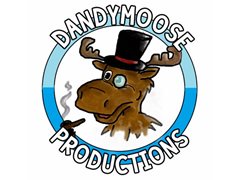 Facebook
Twitter
Google+
Pinterest
WhatsApp
Synopsis:
‘Gull’ follows Danny, a AFL maniac since his youth, struggling to transform into the superstar he (and his father) always dreamt he’d become. During a match at his local club, he seizes what he thinks will be moment to shine.

We are a dedicated independent film crew, making this film as a labour of love project. The intention is to submit this film to a multitude of festivals, nationally and internationally.
We are currently seeking funding from the AFL.

This short will be filmed from the 18th – 20th of March, 2016. Saturday the 18th will be filmed in Ballarat, Sunday the 19th in Cranbourne, and Monday 20th in inner city melbourne.

These roles are unpaid, but catering will be provided.

This is a great opportunity for young and older actors to get experience on a fast paced and professional set!

Young, eager actors interested in helping us simulate a little league football match. Will be a fun day of running around a kicking a footy!

Scene will be shot in Ballarat on the 18th of March.

Males, aged 14 to 17 from Victoria, Australia

No previous acting experience needed, and you dont have to be interested in football!
Extas more than welcome to bring family/children along and make it a fun family day cheering on some awesome young footballers.

Any gender, aged 5 to 80 from Victoria, Australia

Needing two actors/models to be shadowed football players in a dream sequence.

Tall, toned, muscled individuals that can have a daunting presence as they chase after our lead actor for a dark, ‘energy drink ad’ stylised scene.

Males, aged 18 to 30 from Victoria, Australia