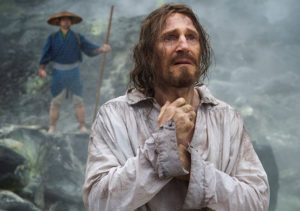 The film 25 years in the making finally has a concrete release date, and it is sooner than expected; December 23rd, 2016.  Legendary movie maker Martin Scorsese is back at it again with his newest film titled, Silence.  Silence is categorized as a historical drama based off a novel by Shūsaku Endō.  The movie stars Andrew Garfield, Adam Driver, Liam Neeson, and Ciarán Hinds. It is about two priests that face persecution when they travel to Japan trying to spread Christianity.

The film itself has been in development since 1991 with Scorsese at the helm.  He wanted this film to be perfect because he is very passionate about the content.  He is a Roman Catholic and he frequently blends faith into his movies.  While Scorsese had the idea for this film in 1991, he didn’t officially start filming until 2014 after several years of roadblocks.

Andrew Garfield was cast in 2013 after starring in successful movies like, The Social Network and The Amazing Spider Man.  Garfield will play Father Rodrigues, one of the Jesuit priests.  Adam Driver, the actor that played Kylo Ren in the latest Star Wars joined the cast in 2014 along with action hero Liam Neeson.  Driver will play the second Jesuit priest and Neeson will play the priests’ mentor.

The film was mostly shot in beautiful Taiwan.  The original score is done by legendary composer Howard Shore.  Shore composed the music on many of Scorsese’s movies including, The Departed, The Aviator, and Hugo. Shore is most famous for the legendary soundtrack of The Lord of the Rings.

This movie is shaping up to be an Oscar contender with several legendary components.  With Scorsese directing, Garfield acting, and Howard creating an original sound, this movie will almost for certain be a hit in the box office and with critics.  Make sure to keep an eye out for this one when it hits theaters December 23rd. 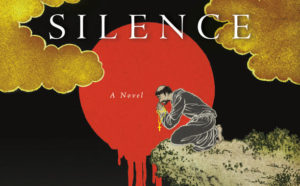 (The newest cover of the novel by Shūsaku Endō)