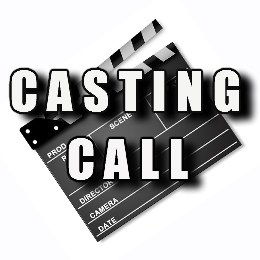 CASTING multiple roles for a national hidden camera show, now in its 12th season on a major network, that will be shooting in North Carolina this April & May 2017.

PAID. SAG-AFTRA principal rate for each role. Both union and non-union actors can submit.

All actors will need to be comfortable with improv and wearing an earpiece. They should be able to self-report to locations if hired (Charlotte area & Raleigh area). Shooting will take place on both weekdays and weekends during the late April/first half of May timeframe.

Scenario #1: Gay Soldiers
A soldier in his military uniform is sitting at a table in a restaurant when a girl comes up to him and flirts with him. He politely tells her he’s waiting for someone. A few minutes later another soldier comes in and greets the first solider with a kiss. Our actress looks at them with disgust: “You’re gay?! Soldiers shouldn’t be gay!” Would you say anything?

ANGRY FLIRT – female, white or ethnically ambiguous, age 25 to 35, attractive. Fearless actors who aren’t afraid to be the villain.

GAY SOLDIERS – male, white or ethnically ambiguous, age 25 to 35, attractive, all-American looking. Must be comfortable kissing and being affectionate with another man. Please note if the actor has military/navy experience (although this is not required). Please note if the actor is actually openly gay (although this is not required).

Scenario #2: Shopping While Transgender
A transgender woman [assigned male at birth but identifies as female] is shopping in a women’s clothing store. She feels confident in her own skin now and wants to get a new outfit. When the sales clerk realizes this customer is trans, she refuses to sell the clothes to her, and tells her to leave the store. Will any customers step in?

TRANSGENDER WOMAN – female, any race, age 20 to 40, must actually be transgender and comfortable potentially talking about her experience on camera.

HARSH EMPLOYEE – female, white or ethnically ambiguous, age 20 to 40. Fearless actors who aren’t afraid to be the villain.

Scenario #3: Raising the Wrong Race
A white woman with a black baby/toddler is being harassed by an instigator who doesn’t believe she should be the parent of a child of another race. “That’s just not normal!” The onlooker says a black baby needs a black mother. Will people agree?

BLACK CHILD – male or female, black, 6 months to 4 years old. [this role will be cast from photos & self-tapes]

Scenario #4: Veteran Can’t Afford Food
A military veteran realizes he doesn’t have quite enough cash to buy the groceries he put on the conveyer belt. The cashier awkwardly tells him he’ll need to get rid of an item or two. Will any customers in line help him out?

Scenario #5: Sikh Discrimination
What would you do if you saw a Sikh man being discriminated by a waiter/waitress at a restaurant? “You’re probably a terrorist!”
The waiter refuses to serve the Sikh because of his turban and the way he looks.

WAITER/WAITRESS – male or female, white, age 25 to 35. Fearless actors who aren’t afraid to be the villain.

Scenario #6: Denied Passport Picture
A Muslim woman is trying to complete her passport application and get her photo taken at a store. The store employee demands that she remove her hijab, and when she says she doesn’t have to, the employee doesn’t want to help her. “You don’t look American when you have that on!” The employee says he/she doesn’t want her to have the right to use a passport and the access to travel.

MUSLIM WOMAN – female, Middle Eastern, age 25 to 50. Please note if the actor is really Muslim and owns a hijab – big plus!

STORE EMPLOYEE – male or female, white, age 30 to 60. Fearless actors who aren’t afraid to be the villain.

Please send headshots, resumes, and links/reels to Mark at MJPdropbox@gmail.com by Tuesday 3/28. Thank you!